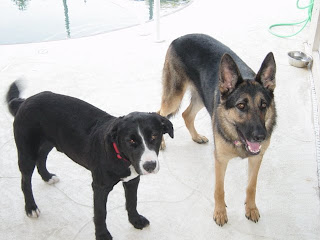 Here are my furbabies. Roxy the Shepherd and Freddie the Border Collie/Lab mix.

Have a great weekend! 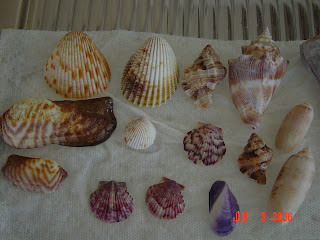 Shells from Boca Grande, Florida
Posted by Unknown at 8:33 AM 9 comments:

Carnival Cruise Lines -- – will base its new ship “Carnival Dream” (depicted here) in Port Canaveral (Orlando) after it completes a few European voyages following its Sept. 21, 2009 debut. The ship will depart Port Canaveral as its homeport for the first time on Dec. 5, 2009. Among other features, the vessel will offer a WaterWorks aqua park, Carnival’s largest kids facilities, new family-friendly cabins, and a large indoor/outdoor piazza. The “Carnival Dream” will operate alternating seven-night eastern and western Caribbean itineraries from Port Canaveral. Meanwhile, the “Carnival Glory” will be sent from Port Canaveral to Miami, where it will operate seven-night Caribbean voyages starting Oct. 3, 2009.
As with any cruise, the earlier you book the better the savings. If interested, let me know :)
Posted by Unknown at 10:38 AM 4 comments:

Ever been to Moe's Southwest Grill? They make your mexican food with what you want on it. And the items have very catchy names. When you walk in you're greeted with "Welcome to Moe's" in various tones depending on who and how many times they've had to say it during their shift, lol
I highly recommend it!
Posted by Unknown at 7:22 PM 1 comment:

This is where I'll be staying July 10-13. Sandals Grande Ocho Rios. I have been invited by Sandals to go on a site inspection tour of their four facilities in Ocho Rios. There might even be a Sesame Street character lunch at the Beaches resort, yay.

And they serve my favorite rum, Appleton. I see lots of umbrella Appleton drinks that weekend.

If in Vero say hello to Gloria

"Famed entertainer Gloria Estefan will open her family’s new resort: the 94-room Costa d’Este Beach Resort in Vero Beach, Fla., next week. The $50 million property features a restaurant and bar, an infinity-edge pool, a full-service spa and fitness center, and other services for guests."
Posted by Unknown at 10:54 AM 2 comments: 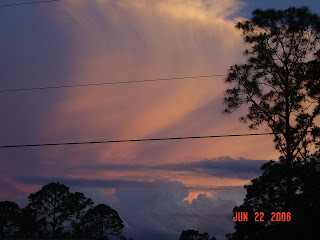 Sunset in SW Florida
Posted by Unknown at 8:38 AM 5 comments:

Look how beautiful it is, it is in excellent shape. It is real wood not pressed board and it says it's Brazilian wood. Austin is thrilled with it and so am I for $80.00!
I really like Craigslist! 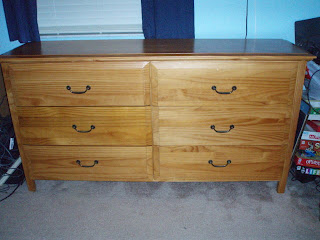 We took the mirror off to get it home and now that it sits in front of his window the mirror won't fit so we're going to hang it on the wall. 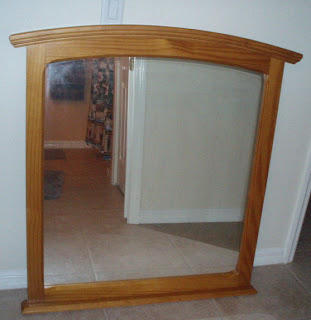 I am looking for a light colored, 6 draw wood dresser for my sons room. He has this wicker thing that is falling apart. We went to furniture stores and the lowest price we could find was $289.00 plus tax, then $40 delivery charge.

So I decided to look on Craigslist.com, what a wonderful site. You can literally find everything and anything. I think I found the perfect dresser not far from me and only $80, keep you fingers crossed that it's not sold.

But my original rant was that people take pictures of the items but they don't take stuff off the top of the furniture and worse than that, they have dirty underwear laying on the floor and the lampshade was all crooked. No way in hell would I even think to buy something from those pigs. At least clean up the area first before you take the picture.
Posted by Unknown at 7:55 PM 2 comments:

Arrrrgggghhhh!!!
Entrance for Pirate's of the Caribbean ride at Walt Disney World, Florida 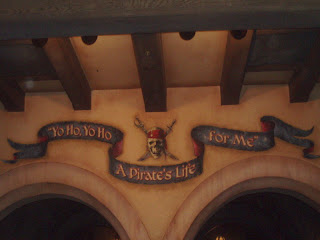 Labels:WDW Pirates of the Caribbean, WDW

These little guys were in my ficus tree outside. They have since flown the nest.
They were hungry. 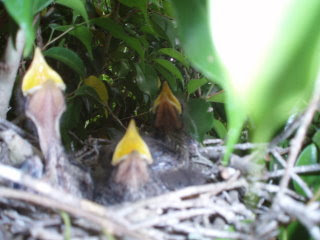 Permission to come aboard?


We were out boating in the Gulf around Boca Grande, FL when a Zodiac watercraft came flying towards us with a blue light flashing. Now I had seen the Coast Guard cutter anchored so I assumed they were after some drug smugglers or evil doers. Nope they came right up to us. They were down from St. Petersburg and just checking out things in the Gulf. 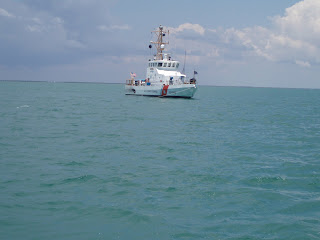 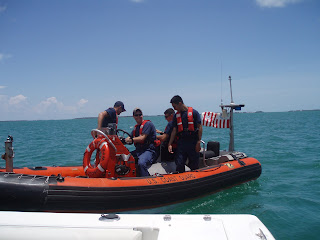 They did a safety inspection, made sure we had enough live vests for everyone
on board. They were really nice, knowledgable fun guys. 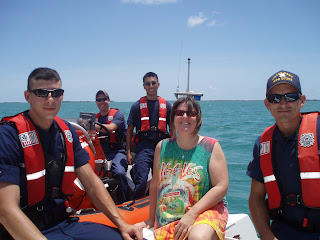 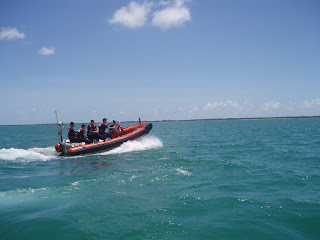 This was taken from a Mouseboat (a little two seater) from Old Key West resort to Downtown Disney. I was told it was a "controlled burn" which meant the fire dept. started it and was controlling it so they wouldn't have wild fires in the area. 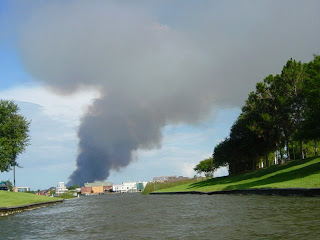 As we got closer ash started raining down on us. 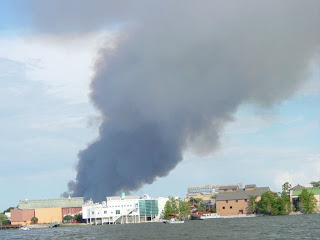 Here's the Leggo dragon from the other side 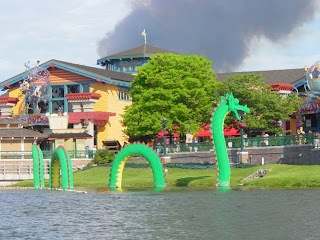 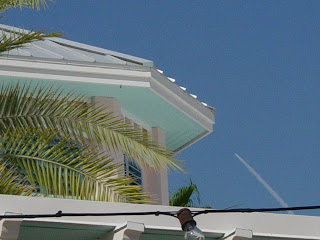 When I was at Walt Disney World over the weekend I got to see the space shuttle launch. I only got one good picture because nobody could figure out where it was going to show up in the sky and there was a big brush fire burning also.
Posted by Unknown at 10:14 AM 2 comments: 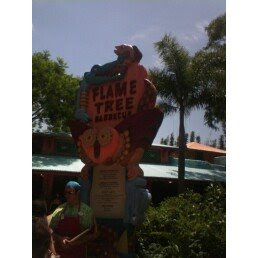 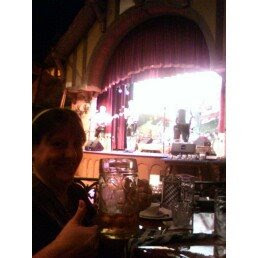 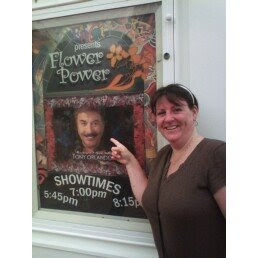 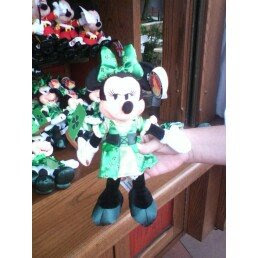 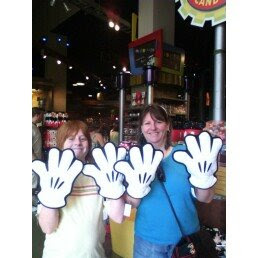 Newer Posts Older Posts Home
Subscribe to: Posts (Atom)
TROPICAL TRAVEL AND ADVENTURES
Need help planning your next vacation?
Walt Disney World trip?
Or maybe a cruise is more to your liking? An all-inclusive (Sandals/Beaches, Club Med) in a warm, tropical setting? A Spa or Golf or Tennis trip?

For a no obligation quote and one on one service: email me
4traveldebbie@live.com
or call me
(941) 961-2903
www.tropicaltravelandadventures.com
**I can usually match or beat any price you get, just give me the chance.

Excellence is not a skill. It is an attitude.
~Ralph Marston

Check out these blogs!